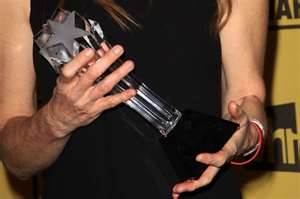 Argo, the political thriller, has received widespread critical acclaim. The movie documents what was behind the rescue by the CIA of six diplomats from the U.S. during the Iran hostage crisis of 1979.

Nevertheless, the movie’s director Ben Affleck was overlooked to the surprise of many for a nomination in the Best Director category for the upcoming Academy Awards. The nominations were announced on Thursday by the Academy.

Many movie critics said Affleck’s omission for Best Director was the biggest omission of all by the Academy. Bradley Cooper an Oscar nominee himself said Affleck was robbed, although Argo did receive a total of seven nominations.

However, the Critics Choice Awards held Thursday and considered a good Oscars predictor, gave the Best Director award to Affleck, who was completely shocked. The award prompted many whispers backstage that his win, which was much deserved, was a jab at the Motion Picture Academy.

Affleck did not waste time addressing the Academy when he accepted the Critics Choice Award. He first thanked the Academy, but then said no, no I am kidding. This award is the one that counts, not the other.

Zero Dark Thirty, the other film that is politically charged dominating the current awards season is about the hunt for and subsequent killing of Osama bin Laden. The movie has been surrounded by controversy and its star Jessica Chastain and director Kathryn Bigelow are happy it is more than only entertainment.

Chastain won the Best Actress Award from the Critics Choice Awards on Thursday for the movie.

Next »
BTP and Bund: a Comparison of Yields