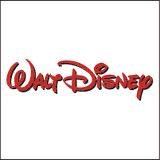 Disney Channel has decided to gamble on a movie genre that used to be popular when your grandparents were kids. Next month, Disney’s young viewers will be introduced to the beach party film. Beach party films, like “Beach Blanket Bingo,” “Gidget” and “How to Stuff a Wild Bikini,” were wildly popular from 1959 to the mid 1960s as a postwar fascination with California peaked.

Ticket sales for these films were helped by the growing power of young ticket buyers. Then, social change engulfed moviegoers, causing a shift their taste in films. Jeanine Basinger, the chairwoman of Wesleyan University’s film studies department, explained, “With all of the social upheaval, these films became impossible to sell by about 1970. The wholesome, innocent, endless summers became utterly unrelatable.”

“Teen Beach Movie” has a kooky plot twist and is full of surfing, singing, super-silly characters. The movie begins with two modern adolescents being transported into “Wet Side Story,” a 1962 movie of surfers versus bikers. The interlopers are welcomed by the characters from the film within the film, but the modern visitors inadvertently change the plot. Garrett Clayton, who plays the heartthrob Tanner, bears a striking resemblance to Zac Efron. Ross Lynch and Maia Mitchell star as the modern teenagers.

Disney is banking that kids will see “Teen Beach Movie” as a new take on the musical format. Gary Marsh, president of Disney Channels Worldwide, said, “I challenged everybody internally to find a different way to do a musical. I wanted a reinvention of the musical form.” The movie is getting the same type of marketing push that Disney gave to “High School Musical,” a hugely successful series. “High School Musical” became a $1 billion franchise, including sales of CDs, clothing lines, theme park extensions and local stage shows.

The immediate goal for “Teen Beach Movie” is to win big ratings and sell DVDs. Disney’s is hoping that its efforts will result in a franchise-spawning hit. Mr. Marsh said, “We will find out. We’re certainly rolling the dice to some degree.” “Teen Beach Movie” will premiere on July 19.