Industry research company IBISWorld released its most recent report on direct selling companies. It indicated that businesses are expected to pick up as the economy and consumer spending recovers but it would not be the case for direct selling companies. They face stiff competition from department stores, big box stores and online retailers. Consumers are looking for low prices and convenience. 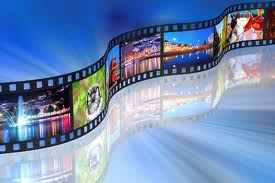 The decrease in consumer spending has led to recessionary conditions that impacted the direct selling industry for five years that ended 2013. The increasing jobless rates and consumer confidence forced households to decrease spending on discretionary products that included products sold by direct sellers.

Direct selling firms also experienced increased competition from department stores, big-box retailers, and online stores that has led the industry to offer their products at a much lower price. Revenue suffered during 2009 when it dropped 12.3 percent. Since then, revenue grew at an annual rate of 0.3 percent.

Direct selling companies have low start-up costs. This was why a lot of Americans who lost their jobs during the recession established direct selling businesses to earn more money. But even with more Americans joined the direct selling industry, it suffered contraction. The number of companies dropped at a yearly rate of 0.2 percent as employment remained flat with a yearly growth rate of 0.0 percent.

The direct selling companies industry has been known to have a low level of concentration. IT is headed by Alticor Inc. The industry is highly fragmented with a large number of individually owned businesses that are small in size.

In 2013, around 68.3 percent of total establishments have less than five workers. Only 0.3 companies have more than 100 workers. In the five years leading to 2013, the industry is expected to retain its level of enterprises, with low performing companies replaced by new ones.