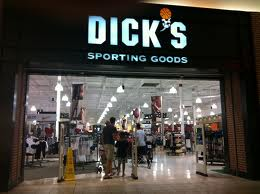 On Tuesday, Dick’s Sporting Goods announced that its net income for the fourth quarter increased 7% thanks to strong sales during the holiday season shopping period. Revenue was up 8%, which topped expectations of analysts.

In Tuesday’s premarket trading the stock was up.

Dick’s share prices were up 67 or about 1.2% to just over $55 in early morning trading before the opening bell.

Sales at stores opened 13 months or more, an important gauge of the health of a retailer, were up by 7.3% when adjusted for last year’s extra week during the holiday shopping season. This metric excludes all results from stores that either have been opened or closes recently.

Dick’s as of the end of the quarter had 558 stores in 46 states and 79 Golf Galaxy stores across 29 states.