Crude options volatility remained near its highest level, which it reached last April. Futures closed at a 14 month high. These were attributed to the strong job gains in the US and the unrest in Egypt. Implied volatility for at-the-money options expiring in August, which is a reading of expected price swings in futures and a measure of options, was 24.18 percent. This was down from 24.33 percent on July 3. 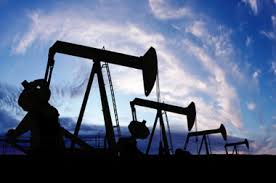 West Texas Intermediate crude for August delivery gained $1.98 to $103.22 per barrel on the New York Mercantile Exchange. This was the highest settlement since May 2012. Volatility has increased from 19.7 percent on June 28 as crude rose 6.9 percent, which was the biggest weekly advance since February 2011.

Crude increased as the US added more jobs than the estimates made by economists. It was also affected by the concerns regarding the disruption of supplies due to the political turmoil in Egypt, where security forces and Islamist supporters of former President Mohamed Morsi resulted to five dead and 20 wounded. Morsi was Egypt’s first elected president who was deposed by the military last July 3.

Next »
CEO at Barnes & Noble Resigns

DNB Asset Management AS Has $2.14 Million Holdings in Corning Incorporated