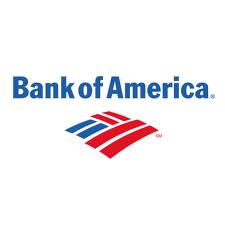 Federal regulators ordered Bank of America to pay roughly $772 million in refunds and fines to settle charges of using deceptive marketing and billing practices involving credit card products sold by the bank. The misleading practices included telemarketers at the bank telling customers that the first 30 days of using the products were free when customers were actually charged for that time period. Customers were also misled to believe that they were only agreeing to receive additional information about the add-on services while the bank was actually enrolling them in the products during these calls.

Bank of America was also accused of “illegally charging” its customers for credit monitoring and credit reporting services that were not received, according to reports from the Consumer Financial Protection Bureau. Richard Cordray, the director of the consumer agency said, “Bank of America both deceived consumers and unfairly billed consumers for services not performed. We will not tolerate such practices and will continue to be vigilant in our pursuit of companies who wrong consumers in this market.”

Bank of America was cited for billing consumers for credit protection services that they never fully received, which caused customers to exceed their monthly credit limits in some cases, resulting in additional costs. Bank of America was accused of engaging in these billing practices from 2000 to 2011 and the practices affected around 1.9 million customers. More than a million customers who purchased these add-on products for their credit cards will receive a refund from the bank as part of a consent order with the agency. The bank must also pay a $25 million fine to the Office of the Comptroller of the Currency and a $20 million fine to the Consumer Financial Protection Bureau.

The Consumer Financial Protection Bureau has brought charges against a number of banks for selling credit card products to consumers that they never wanted. In 2012, the federal regulator required Capital One to reimburse more than two million consumers a total of $150 million. Discover brokered a deal with the regulator the same year. JPMorgan Chase recently agreed to release refunds to 2.1 million customers, although without admitting or denying any wrongdoing regarding its practices.