Caterpillar to Cut 300 Workers By July

Equipment maker Caterpillar announced Friday that it will lay off 300 more employees in Decatur, Illinois by July. The company said April that it planned to cut around 500 employees at the said facility. The 800 layoffs are around 20 percent of the facility’s workforce. 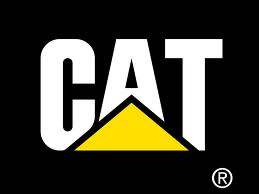 The company issued a statement that said products made in Decatur are used in the mining industry, which has experienced weaker market conditions compared to last year. Because of this, the company said it must take the appropriate steps to bring production in line with the demand of the market.

Sales of mining equipment began to decline at the second half of 2012. Factors that contributed to the weaker demand for raw materials are China’s slowdown, slow recovery in the United States, and Europe’s financial crisis. This made mining companies to hold off expansions as well as equipment purchases.

Caterpillar had revenue of $65.9 billion last year. This year, the company expects revenue between $57 billion to $61 billion. It estimates its earnings for this year to be $7 per share, compared with $8.48 per share in 2012.

As demand for machines decline, Caterpillar dealers were left with large supply. In order to burn off excess inventory, they canceled orders. Caterpillar then scaled down production by temporarily cutting employees, shutting down plants, and shortening workweeks.

Caterpillar also announced that it would close down a tunnel boring machine factory in Ontario. The company purchased the plant in 2008 from Lovat, which manufactured tunnel boring machines utilized in the construction of roads, metros, sewer systems and railways. Caterpillar said that its services in the area is no longer has a strategic growth.

Head-To-Head Survey: Janel and Its Peers