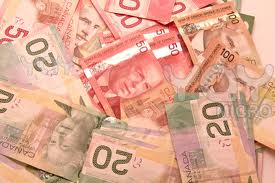 The Canadian dollar was down sharply on Friday amidst a miss of expectations for job creation in Canada last month. The dollar dropped 0.81 of one cent to end the day at 90.17 cents U.S. as it was reported that the Canadian economy shed over 7,000 jobs during February.

The news for Canada was better on the trade front. The government statistics center reported that the trade deficit in Canada with the world had narrowed in January to $177 million from December’s $922 million.

The agency announced that merchandise imports fell by 1.6% while exports were up by just 0.2%. In the United States, the deficit for trade was up to $39.1 billion or an increase of 0.3% from the revised $39 billion for December. The increase in oil imports and other goods offset a solid month for exports.

The Canadian dollar also was down against copper and gold. Losses in gold picked up following a strong jobs report in the U.S. as bullion for April dropped by $13.60 to an ounce price of $1,338.20

May copper fell by 14 cents to just $3.07 per pound on growth concerns in China.

Analysts pointed to authorities in China allowing the country’s first default in a bond. Investors in bonds sold by Chaori Solar Energy in 2012 were paid only 3% of interest due on Friday.

They said that fuelled speculation that more companies might be in situations that are similar and what impact that could have negatively on the economy in China.

Some investors played it cautious before the weekend and due to the crisis in Russia and Ukraine.