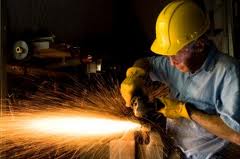 To realize the potential for expansion economically, Brazil must confront its costs Brazil cost to invest strongly in its infrastructure, to ensure a global competitiveness for its domestic industry.

French company Alstom has been instrumental in helping Brazil advance, as it has been active before and currently in large projects in the country, bringing cutting edge technology and innovation to the county, in the transportation as well as energy sectors, by changing used machines for new ones that are more efficient and energy savers.

Financial partners such as the French and other countries have contributed to make a large number of the projects possible.

Brazil is an important player in industries with its factories producing a myriad of different products and its growth potential is huge as one of the emerging markets of the world.

In addition, because of its characteristics culturally – openness for new initiatives, a sustainable creativity and implementation – Brazil will continue to be a growing competitor worldwide.

The growth path for the country is wide and the area of infrastructure is one of the main drivers of that expansion.

However, bottlenecks in infrastructure need to be overcome so that the country can reach its full potential of its size.

The economy continues to grow and Brazil is becoming one of the leading powers in the 21st century attracting investment and intensifying domestic sales.

The manufacturing industry competitiveness will be determined by three factors over a period of many years.

The key to the productivity of any type of industry in any country worldwide is related directly to the quality of physical infrastructure for its commerce.

Efficient and reliable physical infrastructure such as ports, road, telecommunications networks and electricity grids play vital role in the logistics, the moving of raw materials and the finished product on time and with as low a cost as possible.

Investing in infrastructure is essential. Brazil as host of this past summer’s World Cup and the 2016 Summer Olympics will improve its infrastructure and attract large sums of foreign investment, which will be positive in improving the manufacturing industry in the country and its competitive position.

The need to innovate rapidly and develop new products as long with processes had led to a skills gap. The shortage of skilled production jobs has taking its toll on the ability of manufacturers to grow their operations, drive new innovation and improve on productivity.

For Brazil to sustain a competitive position and create prosperity, the country has a challenge on its hands, as do other nations, to be a leader globally in attracting, developing then retaining top engineering and science talent to drive the world-class research and development, innovation and close the gap in skills.

As China saves energy, Brazil knows that reliable, clean energy is a direct influence on the costs of production and is increasingly more important in determining manufacturing competitiveness globally. Fortunately, Brazil is one of a small handful of countries with a large amount of natural resources and an advanced research infrastructure. The country, because of this, is in a unique position where it can capture more through alternative energies that are ecologically sustainable.