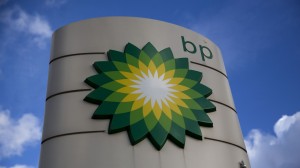 After the announcement of disappointing earnings results for the latest quarter, BP repeated a commitment it made last month to cut 4,000 jobs this year in its exploration and production unit. The unit lost $728 million in the quarter. The company also said it would trim about 3,000 workers from its marketing and refining business by the end of next year. Before those cuts were announced, BP had a global work force of about 80,000 employees.

BP reported a fourth-quarter loss of $3.3 billion on Tuesday, becoming the latest casualty of the oil industry’s falling fortunes. The company also said it wrote down the value of its oil and gas assets by $1.6 billion in the quarter in response to plunging prices. The industry is reeling from the effects of a global glut of oil and slackening demand on worries of slower international economic growth. For big oil companies, the drop in oil prices translates directly into lower revenue and profitability.

For all of 2015, BP said it lost $6.48 billion, compared with a profit of $3.78 billion in 2014. BP’s stock plunged on its earnings results. Through mid-afternoon trading in London, the stock was down more than 8 percent. BP said on Tuesday that despite its financial losses it would keep its dividend unchanged at 10 cents per share. “All of this underpins our commitment to sustaining our dividend,’’ the company’s chief executive, Robert W. Dudley, said in a news release.

In recent years, BP has sought to streamline its operations by selling some businesses. Since 2010, the company has raised about $60 billion through sales of assets, including the sale of stakes in three large Gulf of Mexico oil fields in 2012 and a Texas refinery in 2013. Most of those sales were made when oil prices were much higher than today. Future sales are sure to be worth substantially less.

Many of those sales were driven by the oil giant’s need to raise money to help pay damages from its oil well blowout in the Gulf of Mexico in 2010. The company took a charge of $443 million in the fourth quarter for that spill, bringing provisions for the disaster to $55.5 billion to date.