The unemployment rate in Binghamton for the month of October is better than in September. But the bad news is that there are not as many jobs in the city compared to the same period last year. Local economist Christian Harris said that the most recent numbers showed the unemployment rate for October is 8.3 percent. 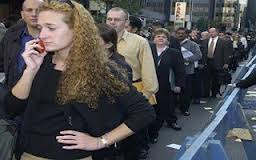 The New York State jobless rate for October was 8.3 percent, which is the same as the Binghamton area. The unemployment rate for the United States was 7.5 percent. Unemployment rate dropped in 37 states last month, which is a sign that the job market has slowly improving.

Unemployment rates are below 7 percent in 23 of the 50 states according to the Labor Department. The rate increased or left unchanged in seven states. Among the states, South Carolina got the biggest drop with 8.6 percent in October from 9.1 percent in September. It has declined one percentage point in two months. It managed to generate 7,300 jobs in October, mostly in restaurants, hotels, health care, education, and government. Alaska and Wisconsin got the next largest drops.

The unemployment rate increased to 7.9 percent in October but it is down a full point compared to the past year. Employers in the United States added 171,000 jobs in October. Jobs numbers also went up in August and September, which were much higher than initially estimated. The average job growth from July to September went up to 174,000 a month, up from 67,000 a month in the second quarter.