The piece of land is just big enough to fit two cars. It has weeds in its borders and a utility pole. But the auction for it has attracted a crowd. It is because the piece of land is a pair of tandem parking spaces in Back Bay, which is considered the most parking unfriendly section in Boston. 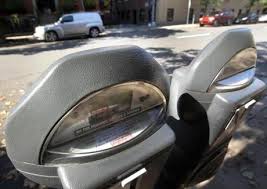 The bidding for the parking spaces started at $42,000. It went up to six digits in just seconds. When the auction ended 15 minutes later, the winner agreed to pay $560,000, which is almost double the average sales price of a single family home in the State of Massachusetts.

The rare opportunity to get a prime Back Bay parking space came from the Internal Revenue Service. The agency got the spaces from a man who owed around $600,000 in back taxes. He purchased the parking spaces in 1993 for $50,000.

Real estate agents, lawyers, business owners, and local residents went to the alley behind the parking spaces. They had numbers on blue cards. Most of them had cashier’s checks on hand. Mary Miele, who inherited two tandem spots on Newbury Street, was curious about the auction. She learned that he owns a prime property.

Winner of the auction is Lisa Blumenthal, who lives in a single family home with three parking spaces on Commonwealth Avenue valued at more than $5.8 million. She said that the auction was an opportunity to get more parking places for workers and guests.

Next »
Woman once on Death Row to Go Free

FirstRand Upgraded to “Buy” by Investec