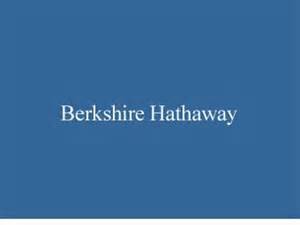 In a regulatory quarterly filing on Tuesday with the Securities and Exchange Commission, Berkshire revealed the purchase of 4.7 million shares in the media company during the 2014 fourth quarter.

Murdoch formed the company following a split in 2013 of the mass media and publishing businesses of News Corp and in 2014, he used it to make a run that ended up being unsuccessful at purchasing Time Warner.

The addition of the stake in Fox by Berkshire follows its investment of last year in Charter Communications the provider of cable television.

The company revealed for the first time its Charter investment last summer and in the filing on Tuesday showed that it had increased its Charter Communications stake to 6.2 million shares from 5 million during last year’s fourth quarter.

The company also increased its stakes in DirecTV the satellite television provider, Liberty Global and Viacom. The chairman at Liberty Global, John Malone, is also the chair at Liberty Media the largest shareholder of Charter.

The filing with the SEC revealed as well that Berkshire acquired a much larger Deere & Co stake, as the firm increased its holdings of the construction and agricultural equipment company to 17.1 million shares from 7.6 million.

Shares at Deere increased by 1% during trading after hours on the news Berkshire had increased its investment. At the same time, Berkshire liquidated its complete stake in Exxon Mobil the energy giant that was estimated to be close to $4 billion. That stake was liquidated during the fourth quarter of last year as well.

Exxon is the largest oil company in the U.S., but has since its stock drop 9% since this past summer because of the drop of oil prices around the world.