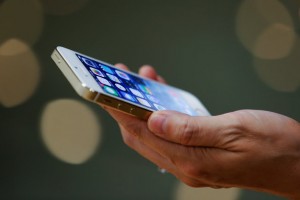 Apple Inc has released its first ever security update that is automated to Mac computers to aid in defending against new bugs that have been identified that researchers in security have warned could help hackers gain remote control of the machines.

Apple pushed the software out on Monday to correct critical vulnerabilities in security in one component of its operating system OS X called NTP or the network time protocol, according to a spokesperson from Apple.

The NTP is used to synchronize clocks located on computer systems.

The bugs became public on Friday in different security bulletins by the Carnegie Mellon Software Engineering Institute and Homeland Security.

Carnegie Mellon released identification of many technology companies of which Apple was included whose products could be vulnerable.

When previous patches for security were released by Apple, it was done through its regular system of software updates, which typically needs user intervention.

Apple decided to release the NTP fixes with technology that automatically pushes out security updates, which was first introduced two years ago by Apple but never was used previously because it wanted to keep customers protected as quickly as it could due to how severe the vulnerabilities were.

Apple is not aware of any cases where Mac computers that were vulnerable had been targeted by computer hackers attempting to exploit those bugs.

The automated update for security protects MacBook laptops and the desktops known as iMac from the CVE-2014-9295 security vulnerability.

The spokesperson for Apple said that the update was so seamless that computers did not even have to be restarted.

Apple is not the only business that could have vulnerabilities to the new security bug that was revealed last week.

There should not be great concern by Apple owners about the automatic update. If someone has a Mac system that an automatic update could cause a problem, it can be disabled through going to the Apple Menu, then system preference, App store and then unchecking install data files as well as security updates.