Anheuser-Busch InBev said that its deal with the antitrust regulators in the United States will expand the global presence of Mexican beers. The settlement between the beer company and the Department of Justice calls for the sale of half of Anheuser-Bush’s stake in the company that distributes the Mexican brand Corona to Constellation Brands, which already owns the other half. Anheuser-Busch InBev controls 39 percent of the American beer market. 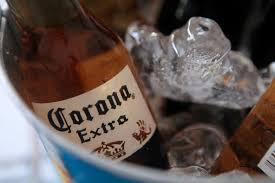 The deal will allow Anheuser-Busch InBev to acquire Grupo Modelo, which is the actual brewer of Corona. The acquisition is said to be worth more than $20 billion. According to Laura Vallis, spokeswoman for Anheuser-Busch InBev, said that nothing will change for consumers in the United States after the transaction. The merger with Grupo Modelo has been about Mexico and make Corona have more global presence and available in markets other than the United States.

The New York Times said Corona is the top selling import in the United States. It has a potential upside in the European market. Constellation, the biggest wine importer in the US, will pay $5.5 billion for Modelo’s stake in Crown Imports. As well as the Peidras Negras brewery, a new production and bottling plant in Mexico. The plant is located near the border of Texas. Constellation will get full and permanent rights to make and sell Corona, Corona Light, Pacifico, Modelo Especial and six other brands in the United States.

The Justice Department’s antitrust division filed a lawsuit in January to block the merger. It has impacted Anheuser-Busch InBev. It saw the acquisition as an important tool to expand into Mexico and the rest of Latin America. In February, the two parties announced they were negotiating to resolve the antitrust lawsuit.

Anheuser-Busch InBev is the result of a $52 billion merger between the maker of Budweiser and a Belgian-Brazilian brewer in 2008. It is trying to expand to other markets and wanted to secure rights to sell Corona and other Mexican brands in Europe and South America.