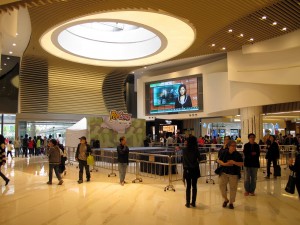 Tom Cruise returned to lead the box office with the debut of his newest film Oblivion, a sci-fi adventure. The film’s debut helped the veteran actor reaffirm his star power with a weekend take of $38.2 million, which was easily the highest earning film of the weekend.

The film cost over $120 million and opened with a very solid weekend. The start was also positive for Cruise, who has not been successful recently at the cinema with underperforming movies such as Rock of Ages, Knight and Day, Valkyrie and Jack Reacher.

In Cruise’s career, only four other movies he has starred in debuted better than Oblivion. Three of the four that performed better were his Mission Impossible movies and the fourth was War of the Worlds. This is Cruise’s first movie to debut at No. 1 at the box office in seven years. Actors Morgan Freeman, Andrea Riseborough and Olga Kurlyenko joined him in the movie.

The movie was also successful in its second week of release internationally with $33.6 million, after earning more than $61.1 million in its first weekend in 52 countries. In all, the movie has taken in more than $112 million overseas and in over $150 million in all.

Second place at the box office went to 42, the inspiring movie about Jackie Robinson becoming the first black to play professional baseball. The movie earned $18 million in its second weekend giving it $54 million for only 10 days of release.

In third place was The Croods, which has earned $155 million in five weeks, after earning $9.5 million this past weekend. In fourth place was Scary Movie 5, which earned $6.3 million, and the top five was rounded out by G.I. Joe: Retaliation, which took in over $5.8 million and has earned in all over $322 million.

Next »
Optimism Surrounds the Opening of High Point Market

The National Security Group Given Coverage Optimism Rating of -2.55

Landmark Bancorp Upgraded to B- at TheStreet

Whirlpool Upgraded by TheStreet to B