Amgen is said to be close to signing a deal to acquire Onyx Pharmaceuticals Inc., which is a manufacturer of drugs to battle cancer. This is according to people who know about subject. They said that the deal is worth around $10.5 billion. 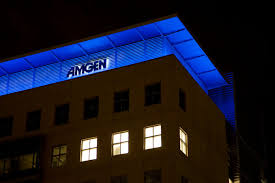 The deal would have Amgen pay around $125 per share and to be announced to the public as soon as Monday. The sources said that the talks are still ongoing and there is a possibility that it could fall apart. Once the deal is completed, it would become the most recent of many in the health care sector. It looks like drug manufacturers are trying to add to their offerings. New cancer drugs could get high prices on the market.

Amgen is the biggest biotechnology company by sales in the world. It earned $17.3 billion in revenue in 2012. Its best-selling products are older and most of them are selling more slowly and declining. Its drugs have faced competition in Europe from generic copies. The generic drugs are expected to arrive in the United States in the next couple of years. Teva is set to introduce a generic copy of Amgen’s Neupogen, which is a drug that aids in preventing infections in patients undergoing chemotherapy.

The deal with Onyx would be the first big takeover made by Robert Bradway, who became Amgen’s CEO in May 2012. Analysts expected Bradway to get the best deal. Before Amgen, he spent most of his career as an investment banker at Morgan Stanley.

Amgen started to talk with Onyx in June. The company made an unsolicited bid of $120 per share, which was around 38 percent more than the stock price at that time. Onyx rebuffed the offer and hired the investment bank Centerview Partners to look for other bids. Several drug makers showed interest but analysts considered Amgen the most likely buyer.