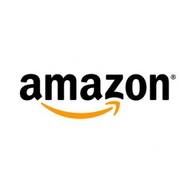 Amazon’s third quarter delighted investors because the company sold vast quantities of things to consumers around the world. Unfortunately for Amazon, it lost money while doing so. The company reported that its revenue was up 24 percent, coming in at $17.09 billion. This was nearly $400 million more than analysts predicted. Amazon had estimated that third quarter revenue would rise 12 to 24 percent and the results came in at the very top of that range.

However, the volume did not result in a profit, as the company reportedly lost 9 cents a share, or $41 million, in the quarter. Amazon had anticipated the quarterly loss. The loss was smaller than the $274 million, or 60 cents a share, the company lost in the same quarter of last year. An ill-fated investment in daily deals site LivingSocial was responsible for most of the loss in 2012.

For the fourth quarter, Amazon predicted that sales might rise as little as 10 percent or as much as 25 percent compared with the fourth quarter of last year. Tom Szkutak, Amazon’s chief financial officer, commented about the company having “a nice steady acceleration of growth” in North America during a conference call with analysts. However, when asked for specifics regarding a reference in the results to signing up “millions” of new customers for the $79 Prime shipping service, Mr. Szkutak simply replied, “Prime is growing very fast.” Earlier this month, Amazon increased the free shipping minimum to $35 from $25.

However, some investors are wondering if all of the company’s investing in warehouses and new ventures will ever lead to solid profits. Amazon currently has about 100 fulfillment centers. People that are pleased with the progress that Amazon has been making say that the company is building an unassailable position as the most important retailer in the country.

Investors that are skeptical say that Amazon must begin focusing on its bottom line. Sucharita Mulpuru, an analyst with Forrester Research said, “Amazon is the teacher’s pet of Wall Street. There is no other company in the entire world that has the consistently abominable rate of profitability they do and yet has the stratospheric valuation they do.” Amazon’s stock has increased nearly tenfold since 2008.