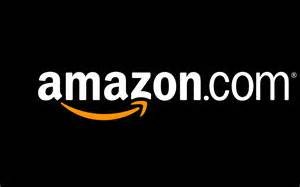 When Amazon posted its earnings for the second quarter investors were looking for one thing – profit.

Amazon did not disappoint sending the price of its stock up nearly 19% during trading after hours and securing its new place as the world’s largest retailer by market capitalization, knocking the former holder of first place, Walmart, down a notch from the perch it held for a number of years.

The company was valued during trading after hours on Thursday at $267 billion and Walmart was sitting at $233.5 billion. The increase in share value reportedly also made Jeff Bezos the CEO at Amazon richer by approximately $7 billion.

Looking more like earnings from the fourth-quarter, that had the help of a strong holiday season, and less like the slump from last quarter, Amazon posted profit for the quarter of $92 million which was in comparison to a loss during the same quarter one year ago of $126 million.

Amazon posted $464 million in operating income, which was a big difference from one year ago when it posted a loss of $15 million. Sales for the recently ended quarter were up 20% from the prior year to $23.18 billion compared to $19.34 billion.

Brian Olsavsky the new CFO at Amazon said the continuing drive for improvement operationally has helped, but the company is also investing in big opportunities that are right in front of us and in particular in AWS and Prime.

Amazon said sales of units in its first ever Prime Day were higher than on Black Friday’s biggest day. Worldwide growth in orders surged by 18% compared to last year and wound up 266% higher than July 15 sales on year ago.

Amazon added that its promotion was able to get more people to use its service than at any one time previously.

On Prime Day, 398 items were orders per second, which exceeded all expectations.

Amazon called July 15 a Christmas in July thanks to the support shown by all the Prime club members who had been signed up previously and all the new ones that signed up that day.