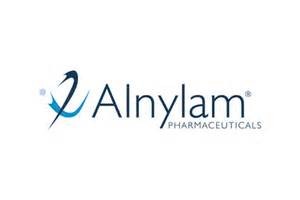 An experimental drug made by Alnylam Pharmaceuticals and Medicines Co, was able to cut the bad LDL cholesterol levels amongst patients in a small scale trial by almost as much as the new treatments offered by Amgen Inc, Regeneron Pharmaceuticals and Sanofi, with much less frequency of use.

The experimental medication is a member of new treatments that are targeting the protein PCSK9, that allows too much of the bad cholesterol to circulate in blood.

The new results were released on Sunday in London.

The drug by Alnylam is known as ALN-PCSsc and blocks the body from making PCSK9 protein, while current drugs inhibit it after it has already been made.

Regeneron and Sanofi’s inhibitor of PCSK9 is Praluent and it was approved by the FDA in the U.S. in July. Amgen was given the regulators’ approval for Repatha July 28.

Those injections are received every two or four weeks, while the ALN-PCSsc is dosed once every three to possibly six months, according to CEO of Alnylam John Maraganore. If it is eventually given the approval by the FDA, it could pose to be a very competitive threat.

Maraganore in a phone interview said the company was seeing great durability that is stunning. You are able to go four times per year or even twice per year, which amounts to having a flu shot at that point for controlling LDL.

Because it is able to be given infrequently, ALN-PCSsc might address one other big issue in medicine, the fact many patients stop taking their medicines or do not take them on a regular basis

Amongst people who are prescribed statins, which are pills used daily to fight against bad cholesterol, about 50% stop using them after only a year according to a study done in 2013.

Patients taking this drug during a randomized trail saw their levels of bad cholesterol fall 64% as an average, in comparison with only 20% drops for taking a placebo. There were no serious secondary effects from the use of ALN-PCSsc, which looked at just 60 patients with all having high levels of LDL cholesterol.