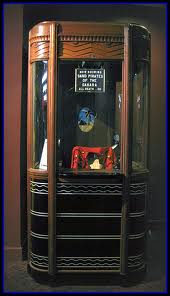 This past weekend, the Texas Chainsaw franchise released its latest movie that was able to successfully cut up its rivals and win the weekend box office race. The latest release of the gruesome, saw them up into pieces franchise earned $23 million for the three days from Friday through Sunday.

Forecasters, prior to this weekend, did not take into consideration that latest edition of the near four decade old franchise would have sufficient buzz for it to win the weekend box office race. Often times January is slow at the box office because of the holidays in December and the many new releases that take place in December prior to the New Year.

Lions Gate, the studio promoting the latest Texas Chainsaw film used social media blitzes to help promote the film and a marketing program whose goal was aimed directly at the core of horror film fans, which usually are younger males and females.

The newest release has revived the decades old franchise that was originally started in 1974, with its main character Leatherface. Since 1974, seven movies have been released that took in $175 million domestically and another $416 million internationally.

The movie picks up right where the last one ended and includes cameo appearances from former stars of the previous seven installments.

ECOSC Trading Down 44.9% This Week