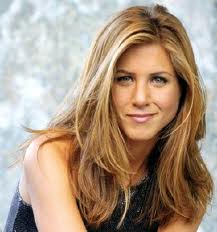 Jennifer Aniston and Justin Theroux announced over the weekend that they were engaged. The couple has been together for over a year. Theroux enjoyed his birthday party on Friday even more than usual, as Aniston accepted his proposal of marriage, said his publicist. The engagement was also confirmed by one of Aniston’s reps.

This weekend’s news came the same weekend that Brad Pitt, the ex-husband of Aniston, was rumored to be getting married at his estate with his partner Angelina Jolie. The couple held a huge party at their castle and rumors abounded that the two were tying the knot. However, it looks as though that did not take place. The couple has been engaged for the past four months.

Aniston 43 and Theroux 41, have been friends for years, but did not start dating one another until just over a year ago after working together on Wanderlust, a comedy. After the couple moved in together, rumors in tabloids started about a date for marriage and new babies.

Aniston was married to Pitt for five years before they divorced in 2005 and he started his relationship with Jolie. Aniston however, has had relationships with Vince Vaughn, John Mayer and now Theroux since her divorce.

Many of the comments from tabloids and reporters have angered Aniston about when she will remarry and have children. She says its narrowed minded and is not a measure of her level of happiness in a relationship or successes she has enjoyed in life. She said in a recent interview that she is the happiest she has ever been in her life.