The US Treasury Department said it was planning to sell more shares of General Motors Co. common stock before the car company goes back to the Standard & Poor’s 500 Index after its four years of absence. The US government announced that it will sell 30 million more shares of GM common stock that is worth 50 million. The offering also includes a sale by the UAW union’s GM retiree health care trust. 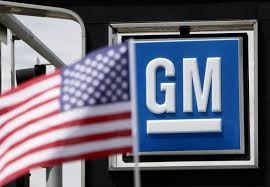 The changes in the S&P 500 have made money managers to shift holdings to match the index. This could be beneficial for GM, which has seen its shares increase more than its November 2010 IPO price for the first time since 2011.

The US government said in December that it would sell its stake in GM in 12 to 15 months. The Treasury Department didn’t change the timeline with the announcement.

GM is set to replace H.J. Heinz Co. in the S&P 500 at the close of trading tomorrow. Heinz will be purchased by Berkshire Hathaway Inc. and other investors. Berkshire Hathaway is also an investor in General Motors, which has been part of S&P 500 since the index was made in 1957 until it filed its bankruptcy in 2009.

The United States invested $49.5 billion in GM, which was the largest industry bailout that has been the centerpiece of President Barack Obama’s first term. Critics of the bailout tagged GM as Government Motors.

The US owned 241.7 million shares in GM, which is 16.4 percent. This was according to the company’s statement. The sale of additional GM shares by the government could make GM restore its dividend.