US Stocks Falls for the Week

US stocks dropped for the week that sent indexes to their worst levels since April. This was after Federal Reserve Chairman Ben S. Bernanke said he could discontinue the monetary stimulus. All ten industries in the Standard & Poor’s 500 Index declined for the week. 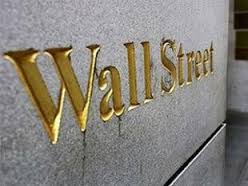 Telephone and utility companies dropped the most among the sectors as increasing bond yields decreased demand for dividends. Homebuilders declined the most in a year. D.R. Horton Inc. decreased 12 percent due to concerns of higher interest rates that can derail the recovery of the housing industry. Newmont Mining Corp. dropped 9.5 percent as gold fell to its lowest level since 2010.

Equities across the globe declined as the S&P 500 got its largest two day drop since November 2011. It was attributed to the statement made by Bernanke that the Fed may start reducing its bond buying this year and end in mid-2014 if the economy reaches the objectives of the Fed.

Sales of previously owned homes in the nation increased in May to the highest level in more than three years. Manufacturing also improved in June. This supported the view of the Fed that risks to the economic growth are dwindling.

The S&P 500 has dropped 4.6 percent since May 21, which is the day before Fed chair Bernanke suggested that the central bank will start to reduce the stimulus program if the economy improved in a sustainable way.

The Fed’s stimulus program as well as the corporate earnings that were higher than estimates led the bull market in the US stocks to a fifth year. The S&P 500 increased 135 percent from a 12 year low in 2009.

Next »
Berlusconi Facing Verdict in Trial