US Bonds Fall due to Speculations on Fed Stimulus

US Treasury debt prices dropped Friday as investors renewed their bets that the Federal Reserve would reduce its stimulus program later this year after data indicated solid employment growth. The yield on the benchmark 10 year note increased for the sixth week in a row, which was the first time since late March to early May of 2009 when the nation lost thousands of jobs in the midst of the recession. 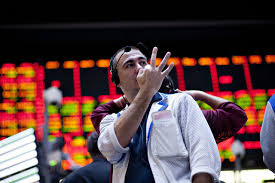 US payrolls added 175,000 new jobs in May according to the data released by the Labor Department. It was more than the 170,000 estimate made by economists surveyed by Reuters, but not enough to suggest an immediate cancellation of the Fed’s stimulus program of buying $85 billion each month in mortgage-backed securities and Treasuries.

Analysts said the number of new jobs was strong enough that the Fed could slow down its buying in the next couple of months as the economy show signs of being resilient enough even without the Fed support. They expect the Fed to scale down their long term asset purchase program around September.

One Fed official has already said that he thinks the quantitative easing program should be discontinued. Philadelphia Fed President Charles Plosser said the jobs report released Friday indicated that government spending cuts have not been as damaging as others have predicted them to be.

The US unemployment rate was at 7.6 percent, which is above the 6.5 percent the Fed wanted to achieve. Economic growth remained sluggish at 2.4 percent in the first quarter. These factors are reasons why the Fed should keep the stimulus program at its current level.

Any decline in the Fed’s quantitative easing or QE3 will result in the increase in mortgage rates and decrease the appeal of mortgage bonds.

Stocks rallied after the release of the May jobs report. This decreased the allure of low yielding government bonds.

Next »
Dell Computers Showing Up In Syria Despite Sanctions (NASDAQ:DELL)

CAIXABANK/ADR Given Consensus Recommendation of “Hold” by Brokerages