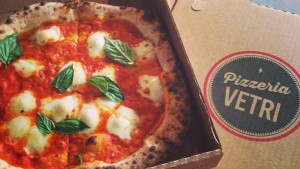 Urban Outfitters Inc is going to enter the restaurant business and that has not pleased its investors.

Shares fell by 7.4% Monday after Urban announced it has acquired Vetri Family a group of restaurants that includes the chain Pizzeria Vetri.

Broader concerns related to a slump in retail were weighing on shares, and the surprise purchase might have put its shareholders on edge, says an analyst on Wall Street.

Retailers from Fossil Group to Nordstrom have posted results for the third quarter that have been woeful and made poor projections for the upcoming holiday season.

With foot traffic in shopping malls slowing, investors have become increasingly worried that the retail model of brick and mortar is now out of date.

By expanding into the area of pizza, the company is actually putting a larger spotlight on its current business, added the analyst.

Stock on Tuesday was down by $1.82 in Monday trading its biggest decline in one day in close to six months. Shares have fallen by 30% in 2015, prior to this latest fall.

Urban Outfitters added to the worry of investors after the end of trading when it released its results from the third quarter. Revenue was $825.2 million, which was short of Wall Street predictions of $868.8 million.

Comparable sales, which are a closely watched metric, rose just 1% during the quarter that ended October 31. Analysts estimated a gain of 3.4%.

Stock was down another 11% in late afternoon trading after the earnings were posted.

Financial terms of Urban’s deal for Vetri were not released, which suggested that it was a small transaction.

However, acquiring a chain of restaurants is unusual for a retailer.

Up until this point, Urban Outfitters’ experience with food service has been with cafés that are attached to some of their larger stores.