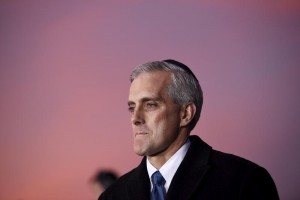 Much of the leadership of the White House administration will fly to California and seek the help of tech firms to figure out the way to thwart terrorists who are using the Internet as a way to recruit as well as radicalize people to plan out attacks, said U.S. officials.

Amongst those that are set to attend a Friday meeting with top executives in Silicon Valley are Loretta Lynch the Attorney General, James Comey the FBI Director, Lisa Monaco the counterterrorism adviser, James Clapper Jr. the Director of National Intelligence, Michael Rogers the Director of the National Security Agency and Anthony Blinken the Deputy Secretary of State.

Companies are planning to send a senior executive to the meeting from companies including YouTube, Twitter, Facebook, LinkedIn and Microsoft. Tim Cook the CEO at Apple is expected to take part.

The meeting will take place in San Jose at a federal government building and is to be led by Denis McDonough the Chief of Staff at the White House. It follows the televised call by the President after the San Bernardino shootings in December for leaders of the tech industry to make it more difficult for the terrorists to uses today’s technology to escape justice.

The officials look at this as a session to learn how they could use technology to disrupt the paths to violence and radicalization as well as identify the patterns of recruitment and to measure efforts to countering all radicalization.

They also are interested in finding out how they can encourage others to make content public that would undercut the message online of the Islamic State.

ISIS has, like not prior terrorist group, made very effective use of Internet to spread its message, to recruit new followers and to inspire them to attack.

Officials such as the FBI director have decried the use by the group of social media, videos and communications that are encrypted to expand their ranks and to plan further attacks inside the U.S. and across Western Europe.