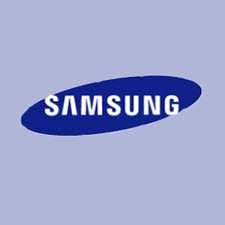 In an attempt to bring the sales war directly to Apple on their home turf, Samsung revealed the Galaxy S 4 at Radio City Music Hall in New York. JK Shin, president of Samsung Mobile Communications, said “Once you spend time with the Galaxy S 4, I’m very confident you’ll find how its innovations make your life simple and fuller.” This is the first promotional launch the company has had for its flagship Galaxy devices.

Before the introduction at Radio City Music Hall, the tech world discussed the new Galaxy S 4 release nearly as much as they did for the iPhone release. Tech blogs are posting about new features the fourth generation Galaxy brings, such as its Dual camera, which allows the user to capture images from both front and rear facing cameras at the same time. They also talked about the added Group Play feature that allows multiple Galaxy devices to link up via Wi-Fi and interact simultaneously for gaming and other new features like Smart Scroll, a feature that enables the phone’s camera to follow the eye movements of the user and interact with the device.

In order for Samsung to retain its global market lead, the company will have to continue to introduce innovative capabilities and set trends, according to Chetan Sharma, a mobile communications consultant. The phone will be available next quarter through Sprint, T-Mobile, AT&T and Verizon Wireless. The price has not yet been revealed, however, it’s expected to be the same as Samsung’s other premium offerings, which is $200 with a new contract.

Syneos Health, Inc. Expected to Announce Earnings of $1.18 Per Share