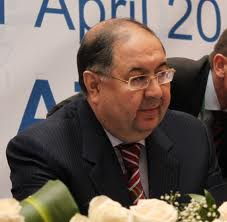 The Russian tech market has been nearly conquered by Mail.ru. The Internet portal operates some of the country’s most popular messaging, email and social media services.

The portal also owns a large stake in the largest social network in Russia Vkontakte and in Qiwi, a provider of digital payments that earlier in 2013 went public.

Internet companies in the U.S. should beware the Russians are on their way. Mail.ru will launch on Wednesday My.com, a suite of entertainment and communication applications that are designed for use on mobile devices. Those who use the service receive a @my.com address for email and an instant messaging service that is free along with online games.

For its move into the Internet market in the U.S., Mail.ru is attempting to replicate the same formula that was helpful in it accumulating more than 100 million Russian users.

The company is controlled by the richest man in Russia Alisher Usmanov. The company will be offering apps that run on Android by Google and iOS by Apple, which allows users of the smartphone’s top platforms to communicate easily with one another.

Games on My.com have found success already. Jungle Heat, a game of combat strategy that features cartoon infantry that have machetes and flamethrowers, has 6 million downloads to Android and nearly 1.5 million for iOS.

With more than 15 years of success in mobile services and the Internet, it is the best time to introduce new products into the U.S. technology market, said a spokesperson for the Russian company.

The spokesperson continued by saying the experience and skill the company has will help it compete with the world’s best.

The market in the U.S. is very tough to break into and therefore Mail.ru has decided on a cautious approach. My.com had only five people currently employed in its Mountain View, California office.

That is quite different from its competitors in the U.S. including Yahoo, which currently is said to employ over 11,000 people.