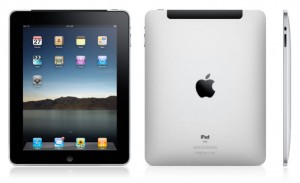 The ban on selling the older models of Apple’s iPhone and iPad in the U.S. was overturned this weekend by the White House administration.

The U.S. International Trade Commission, in June ruled that the Cupertino, California based Apple had infringed on the patents of its biggest rival Samsung.

The trade representative for the Obama administration vetoed the earlier decision by the ITC because of how it would affect the conditions of competitiveness on the economy in the U.S.

This type of veto is quite a rare event.

The patent in question related to the wireless technology for 3G and being able to transmit a number of services at the same time.

The ITC earlier in the year, had ordered all sales and imports halted on the models sold by AT&T of the iPhone 3, iPhone 4 and iPhone 3GS, along with the iPad 3 3G and the iPad 3G. Some of the devices are no longer sold in the states.

These patents are considered standard essential and cover the technology used to comply with industry standard in general.

Ban orders for imports by the ITC must be reviewed by the Obama administration, which has 60 days to veto or allow the decision to stand.

Michael Froman, the trade representative for the Obama administration said he and other members of the group were concerned over using essential patents in cases of litigation.

Apple said they were pleased with the decision and applauded the administration for making a stand for innovation. The company said Samsung had been wrong to abuse in this way, the system of patents.

Samsung, based in South Korea, said the decision by the ITC had correctly recognized that it has been amidst negotiations with Apple in good faith and that Apple had remained unwilling to take on a license.

The two tech giants are amidst a patent war that crosses the globe.