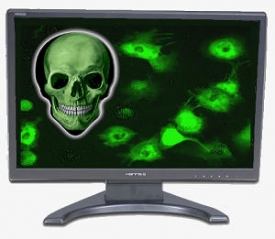 Hackers from Syrian attacked the website of the The New York Times underscoring how vulnerable the media websites are as they become more and more complex by integrating more software and content from their vendors.

On Wednesday, the website was up and running again a day after it had been hacked by a group calling themselves the Syrian Electronic Army.

A spokesperson for the newspaper said the situation was nearly resolved, with the traffic levels close to returning to normal, but there might be some instances when certain Internet Service Providers have not restored the correct DNS records.

The SEA are hackers who support President Bashar al-Assad of Syria. They claimed responsibility for the hack online and claimed to have also hacked Twitter sites. It seems the hackers gained their access to the different sites via Melbourne IT, which is a company in Australia specializing in domain name registration of websites.

The first time the Times’ site crashed was Tuesday at 3 p.m. and remained down until Wednesday morning.

Domain name systems (DNS), match and index domain names, such as NYTimes.com, to their Internet addresses that are numerical, which are able to be read by servers and computers.

The attack was the second time in only two weeks the Times’ site failed. On August 14, the site went dark because of what the newspaper said then was a problem internally, not as a result of being hacked.

The Huffington Post and Twitter also released a statement saying their sites had been affected by hackers. The attack on Twitter Tuesday resulted in users not being able to view photos. An account on Twitter that seems to belong to members of SEA displayed an image that indicates Twitter’s domain was attacked by SEA.

On Wednesday, The Huffington Post said it experienced just minimal disruption and that everything was back to normal.

Bechtle AG Given Average Recommendation of “Buy” by Brokerages

Livent Co. Given Average Rating of “Hold” by Analysts