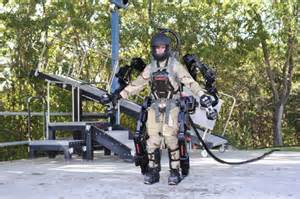 Officials with the U.S. Army have said they are working to develop smart armor that is revolutionary and would gives troops real superhuman strength that is only known today in the movies.

The army has called up the technology industry, academia and government labs to help build a suit similar to the one worn by the movie action hero Iron Man.

Previously the army has tested exoskeletons designed to allow its soldiers to carry extremely large loads.

The new TALOS – Tactical Assault Light Operator Suit, would have similar frames but would also be equipped with smart materials fitted with thousands of sensors.

Those investigating and involved with the suit’s design said it would need to have networking that was wide-area and a computer that was wearable similar to the current Google Glass, said U.S. army officials.

The suit needs to consist of smart material that has sensors to monitor the temperature of the body, hydration levels and the heart rate.

The army exoskeleton, which could attach to legs and arms, would likely use hydraulics giving the user a massive increase in strength.

According to one sergeant in the U.S. Army, no single industry can construct what is needed.

Therefore, said officials they are calling up organizations in research and development, government labs, private industry and the academia to help support the project.

Officials in the army said scientists from the Massachusetts Institute of Technology likely would be involved.

A team from MIT is currently developing a form of liquid body armor, which is made from a type of fluid that is transformed into solid when an electrical current or magnetic field is applied.

A professor at MIT said the armor is comparable to that of the futuristic Hollywood films. He said he feels the army is looking for Iron Man suits.