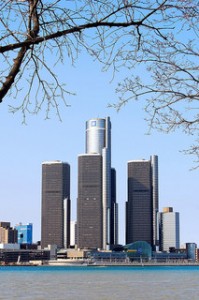 U.S. automaker General Motors announced just a few days prior to the historic Facebook IPO that it will stop advertising its products on the social networking site. The Detroit-based carmaker said that paid advertising does not impact its possible clients on the site.

Overall, on the social media site, GM spends nearly $40 million annually marketing his products and services. Ten million dollars is spent on paid advertisements and that is what GM has decided to stop expensing. The company will continue to post content about the carmaker’s different brands and products on their Facebook pages.

Joel Ewanick the GM chief of marketing said that GM was reassessing its advertising budget on Facebook, but would maintain the content material since it is important and effective.

GM announced in a statement that they regularly review how the overall media is spent and make appropriate adjustments when needed. That, the statement said, is done as a normal course of business and often times advertising is moved from on media outlet to another. Much of that is due to the growth in the number of digital and social media outlets.

Over the last year, GM has re-evaluated a great deal of its strategy in advertising and has tried to consolidate its media-buying and global advertising agencies in an attempt to save $2 billion  in its budget for marketing, while making its advertising more efficient.

Earlier in the year, executives for GM started to question how effective the ads were on Facebook. GM advertising executives met with managers from Facebook to discuss those concerns, but GM was unconvinced that maintaining its paid ads made sense.

Forterra plc Given Average Rating of “Buy” by Analysts