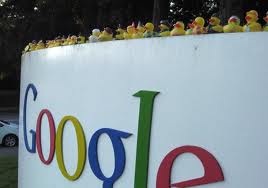 Google entered the world of eyewear on Wednesday when it introduced its experimental wraparound eyeglasses that can put the worldwide web on your face. The glasses, described as augmented reality lenses, can start videochats, display street directions and take a photo all from voice commands of the user.

The digital glasses are still in prototype form and were unveiled on Google+ the company’s social network. They are still being tested and re-tweaked and cannot be purchased as of yet in stores.

Google decided to share the information with its users as a way to start conversation between them and their users to receive valuable customer input. On the Google+ page is a video that demonstrates the glasses. The video features you the wearer going through a typical day of walking around New York City. You get to listen to commands issued to the glasses, such as taking a picture and then how it can be posted right away on Google+.

The post on Google+ asks users to send in their suggestions for what they feel is important to have on the glasses. Google is well known for allowing employees to experiment with ambitious projects that sometimes do not have anything to do in direct relation to its core business.

Investors have not always been happy with those projects. They feel that Google is spending money for projects that have uncertain returns. Larry Page the CEO of Google has cut back on the number of these types of projects but has defended the company’s commitment to them.

Next »
Captain America to return in 2014

Americas Gold and Silver and Its Competitors Critical Survey