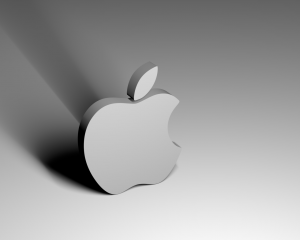 Apple, Inc shares soared on Wednesday after the tech giant posted profits that beat Wall Street analysts’ expectations. In early morning trading on Wednesday, shares on Wall Street were up over $19 an increase of more than 5%.

During the recently ended quarter, Apple earned over $6.9 billion in profits, thanks to a surge in sales of the iPhone.

Apple announced that its iPhone sales were 31.2 million for the quarter, a record for this quarter, compared to last year when it sold 26 million.

The sales price averages were down from $608 last year to $581 during the most recent quarter. Revenue however was better than Wall Street expected, with sales of $35.3 billion, which was just narrowly higher than last year’s $35 billion during the same quarter.

Analysts announced that the data, most importantly the sales figures for the iPhone, could allay fears that Apple would slowdown its growth rate.

One thing that slowed down the robust growth rate of Apple has been the increasing popularity of rival products manufactured by its biggest competitor Samsung.

The South Korea based electronics giant is now the largest mobile handset maker in the world. In addition, less expensive smartphones have entered the market through a number of manufacturers in China.

According to the latest earnings figures, sales for Apple in China were down 4% during the quarter from April through June.

IDC research estimates that 66% of the more than 385 million smartphones that are expected to be sold in 2014 would have a price of under $200, which is substantially less than an Apple iPhone costs.

That has caused some investors to worry that Apple might have to cut prices on its products to attract more customers.

The iPad computer tablet saw its sales drop 14%, with 14.6 million sold, while last year over 17 million units were sold during the same quarter.