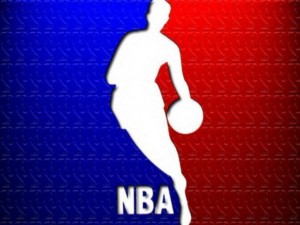 There have been a lot of NBA games played till dates but some games will remain special for a very long time. These games range from sudden game changers to excellent basketball skills on the court. One of the best games was the Knicks vs Warriors in 1962 where the Warriors defeated the Knicks 169-147. This was not only the highest score total in that specific court but also the highest points scored by an individual, Wilt Chamberlain who ended the game with a total of 100 points. T

he rules of NBA have changed since then but this game will remain in the minds of every Warrior fan for a long time. In the year 1980, the Lakers played the 76ers during the NBA finals and the Lakers ended up winning 123-107. However, Kareem Abdul-Jabbar, one of the key Lakers players at that time was injured and Magic Johnson took his spot and ended the game scoring an exceptional 42 points. This was another memorable game, which led the Lakers to becoming the 1980 NBA champions.

NBA has become such a hype that people have started going on websites like http://topbet.eu and started betting on the teams that are going to win. This website offers these bidders incentives upon placing the right bet.

Three years later in 1983, the Pistons played the Nuggets and this game became the highest scoring game in the history of NBA with a score of 186-184 with the Pistons stealing the game. Generally when the scores are tied, the match goes into overtime and then the game is decided but this game ended up going into triple overtime making audiences jump out of their seats and cheer for their team. During the year 1992, the Bulls played Portland Oregon in the finals and won 122-89 due to their star, Michael Jordan. Jordan alone scored 35 points in the first half itself. Throughout the game he ended up scoring a total of 39 points but that was the best first half anybody had ever witnessed in the history of NBA. Another exceptional game for Michael Jordan was his last game against the Jazz in 1998 Finals. The final score ended up being 87-86 in favor of the Bulls, which gave them their sixth championship within eight years. This was Jordan’s best game as he scored the winning shot with 5.2 seconds remaining, which ended up being the best exit for Jordan.