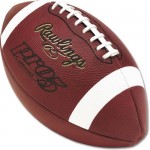 The Super Bowl XLVII match up comes after the Baltimore Ravens defeated the New Englan Patriots, 28-13, and the San Francisco 49ers victory over the Atlanta Falcons, 28-24, Sunday for the AFC Championship and NFC Championship titles, respectfully. This Super Bowl will be the second time the Harbaugh brothers have faced off as opposing coaches. Jim Harbaugh, 49, leads the 49ers and John Harbaugh, 50, commands the Ravens. The first time was on Thanksgiving night in 2011, when Ravens were victorious against the 49ers, 16-6.

The brotherly battle aspect makes it awesome to bet on the super bowl. But they are only half of the show. The other components of this spectacular game includes: