Rodriguez to have Hip Surgery 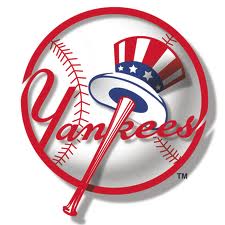 Veteran New York Yankee Alex Rodriquez will miss up to six months due to extensive hip surgery he will have in January. Nevertheless, doctors said Rodriquez should be back playing this summer for the team. General Manager Brian Cashman said you could not write off Rodriguez’s season before it even starts.

Rodriguez will be 38 in July and many believe that playing on two surgically repaired hips will cause the veteran to have to miss the entire 2013 season. However, GM Cashman said he thinks Rodriguez will be able to return to contribute in 2013, but he is not sure exactly when. He said, Rodriguez’s doctors told the Yankees that the veteran third baseman would be fit in between four and six months.

The procedure will consist of arthroscopic surgery repairing a bone impingement, a labrum that is torn and a correction of a cyst. Prior to his January surgery Rodriguez will go through six weeks of difficult physical therapy. Doctors said the slugger could be back as early as May or as late as July.

The Yankees believe Rodriguez’s play was affected during the Yankees postseason. The veteran only hit .120 in the postseason and had 12 strikeouts. He told his manager that his hip was bothering him in Game Three of the ALDS, which they lost to Detroit.

Dr. Bryan Kelly will perform the surgery in New York. Dr. Marc Philippon, of Colorado, operated on the right hip of Rodriguez, but the team and player opted for Kelly this time so Rodriguez can rehab and make return visits to the surgeon easier in New York.

The Rodriguez injury has been called by Cashman as just another challenge that he and manager Joe Girardi have to deal with on a regular basis.