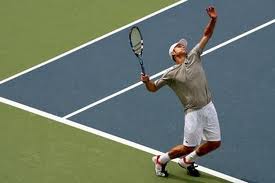 Andy Roddick lost this week at the U.S. Open to Argentine Juan Martin del Potro and with the loss retired from the professional tennis tour. Last week, the 30-year old American, shocked his fellow players and the tennis world in general when he announced that following the U.S. Open he would officially retire.

He was interviewed at courtside following his defeat against del Potro and was very humble. He told his fans at the stadium and those watching on television that he had been attending the U.S. Open since he was a child, first as a spectator and then as a competitor. He said he had enjoyed every minute as a fan and every game and match he played in the tournament as a professional. He began to tear up when he started to thank his parents, family and Brooklyn his wife.

In 2000, Roddick started to emerge as the next face of American tennis and eventually took center stage when both Sampras and Agassi retired. He won his first and last grand slam title at the 2003 U.S. Open. He said he would dedicate his time to his foundation and to building a school in his hometown of Austin, Texas.

For over 10 years, Roddick remained in the top 10 in the world thanks to his powerfully strong serve. He briefly was the chief foil for Roger Federer. However, injuries and his age started to creep up on his powerful serve and forced the American to use other parts of his game to win his matches and his ranking slowly started to drop.