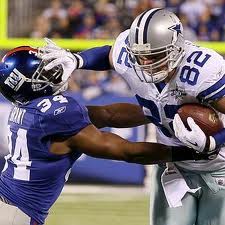 The 2012-13 NFL season starts September 5 with a Wednesday night game in East Rutherford, New Jersey between two NFC East rivals. The New York Giants the current Super Bowl champion host the Dallas Cowboys. The game is expected to be back and forth with odds makers only giving the reigning champs a four point advantage.

The Giants season was mediocre at best when they arrived at the 15th game of the season last year with a record of just 7-7. The team was on the verge of missing the playoffs, when they defeated the New York Jets and then in the last game of the regular season beat Dallas to win the NFC East. Once in the playoffs, the Giants won four more consecutive games to win the Super Bowl.

The two teams have injuries to deal with, but Dallas has two key starters Jason Witten and Jay Ratiff whom will most likely not play. Witten lacerated his spleen in the first preseason game and has been sidelined since and Ratiff is nursing a very sore ankle. For the Giants, Will Beatty, one of the team’s left tackles will not suit up due to an injured back.

Dallas is counting on veteran quarterback Tony Romo to lead them again this season. Last year Romo had 4,100 yards through the air and 31 touchdown passes. Opposite Romo, for the Giants will be Eli Manning. Manning threw 29 TD passes last season and just missed recording 5,000 yards in passing.

The first full weekend of NFL action will be this Sunday September 9.