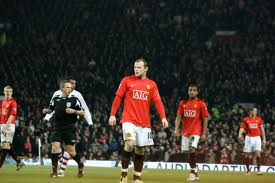 The initial public offering for Manchester United started slow on Friday at the New York Stock Exchange, despite opening with a reduced price. Originally, the English football (soccer) club had hoped to offer its shares for $16 to $20 per share, but opened on Friday morning at $14.

The price nevertheless, makes the club the world’s most valuable sports team with a worth of $2.3 billion, which exceeds the Los Angeles Dodgers prices tag of $2 billion that was recently paid by a consortium of people including Magic Johnson.

The price of shares rose briefly to about $14.05, but by the end of trading was back down to the original opening price of $14. The opening day disappointment was put down to the amount of debt load the club is carrying. As of the end of March, United had over $416.7 million euros ($512.5 million) in debt.

Many analysts thought the enthusiasm for the club, particularly amongst its millions of fans, would lead to a brighter start on Wall Street, but that did not materialize.

Some analysts have warned that the club has been overvalued despite the reduction that has taken place due to the amount of debt and the Glazer family maintaining control over the voting.

United wants to sell about 16.7 million shares or about 10% of the team. Nearly all of the first 50% of the initial offering will be used to reduce senior debt, while the other 50% will be sold by the Glazer family separately. Ed Woodward, the vice-chairman of United claimed the club opened with the lower price to attract investors who were higher quality.