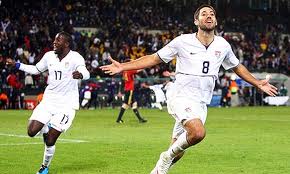 The Spurs however, missed out on another signing. The Spurs were trying to sign Porto’s Joao Moutinho. The Portuguese player plays for his national team and the midfielder would have been a good addition to the English club. However, team officials were worried that the 6’2” Moutinho was too slight of build and the physical play of the EPL would affect him negatively.

Dempsey was picked up for about $9 million. He scored 50 goals in his tenure with Fulham in 184 official matches. He originally cost the Fulham club $3 million when they picked him up from the MLS’s New England Revolution in 2007. Dempsey has said he would be honored to play for manager Andre Villas-Boas and on a team as prestigious as the Spurs.

Lloris, who is 25, has played in 38 international matches for France and is considered one of the top goalkeepers in the world. He will now compete with veteran Brad Freidel of the U.S. for the top spot on the Spurs team. The Spurs paid a fee to Lyon of close to $18 million for Lloris.