Armstrong Admits A Career of Doping 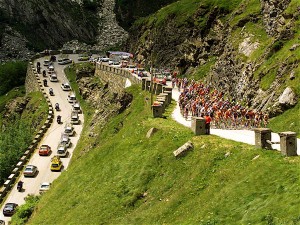 After vehemently denying publically he was involved in doping, Lance Armstrong openly confessed in an interview with Oprah Winfrey that he took part in doping during his career in cycling that included seven consecutive victories in the prestigious Tour de France. The former U.S Postal and Discovery team member said he used performance enhancing drugs and blood transfusions during all seven of his Tour de France wins.

Armstrong even testified under oath that he did not take part in doping, persecuted close associates, former teammates and fellow competitors who spoke out publically against the former cyclist. Armstrong told Winfrey that he had sued many, many people who had all been telling the truth.

The Texas native admitted during the interview that he used EPO a blood enhancing hormone, human growth hormones, blood transfusions, testosterone , cortisone among others forms of doping.

Recently the American was stripped of all seven of his titles in the Tour de France and this week the International Olympic Committee stripped him of his bronze medal. He placed all the blame on himself saying there was no one else to blame while being very careful to not incriminate anyone else.

Armstrong said he was often times arrogant, deeply flawed and bullied those people who thought they could expose him.

David Coyle a writer who has written a book about doping and about the Tour de France said he does not believe Armstrong is telling the entire story and may never tell the complete truth about what took place.

Armstrong insisted he did not push or pressure fellow teammates into doping, but Coyle does not believe that assertion.