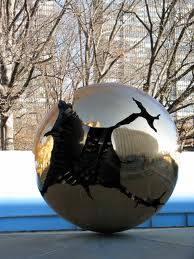 Two United Nations heads have taken a firm stand against the problem of human trafficking, most importantly child trafficking in tourism. The two UN heads have pledged to eradicate this hidden scourge using joint efforts. The UN Director on Drugs and Crime Yury Fedotov and the Secretary General for the UN World Tourism Organization, Taleb Rifai, called for the global effort at every level of society.

Both entities signed a formal memorandum to step up the cooperation against this type of exploitation. Over one billion tourists or about 1 out of 7 of the entire population of the world will travel outside their country during 2012. The expansion in travel helps with economic growth, creation of jobs and new development however, evidence shows that the infrastructure for tourism is being used to exploit and traffic persons, especially children who are the most vulnerable.

The victims of human trafficking are usually enslaved for purposes of sexual favors. However, they also can be found cleaning guesthouses and working in kitchens, bars and restaurants. Even internal organs from the victims have been used to be sold to those in need of a transplant.

Mr. Fedotov said the tourism sector should play an important role in stopping human trafficking that is linked to sexual exploitation. The UN has helped to develop codes of conduct within the tourism sector for companies that operate with the system. Laws have also been enacted to allow for prosecution of traffickers in their homeland and for those tourists who engage in illegal sexual contact with children.

For example, in India, the UN, the Ministry of Tourism, Save the Children and the private sector have developed jointly and adopted a Code of Conduct of Safe and Honorable Tourism. Both tour operators and hoteliers have pledged to follow the Code to ensure no one in the industry is sexually exploited or forced to use drugs.