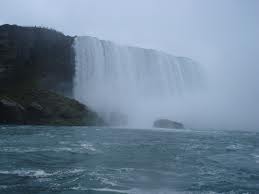 On Tuesday, the U.S. launched its first marketing campaign to boost tourism. Residents of Canada, the UK and Japan got a taste of the new marketing campaign. The campaign consists of web, video and print advertising and was created by a partnership of private companies and government agencies called Brand USA. The group was designed to act like other countries tourism ministries such as in Italy, Israel and Ireland.

This is the first time the U.S. has decided to market itself to people living in other countries, as a tourist destination. Tourism globally has grown over the last 10 years, while in the U.S. that number has fallen off. Much of that is due to a complicated process of obtaining a visa to travel to the states, as well as the heightened security following the attacks in September of 2011.

In 2000, the U.S. held a 17% share of the money that was spent on global tourism, but that has dropped to 11%. Six percent of global tourists in 2011 visited the U.S. For many in the U.S tourism industry, the decade that followed the terrorist attacks in 2001, was the lost decade. The new procedures that were put into place drove many international travelers away to other destinations. Because of that, many countries in Europe and Asia have reaped the reward for increased U.S. travel restrictions. More Chinese visit France each year than they do the U.S.

According to a recent study, the average foreign visitor to the U.S. spends about $4,000 on each trip.