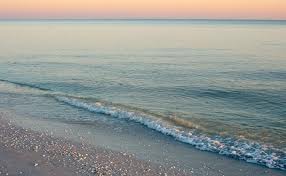 Two years after the BP oil spill, the Gulf Coast is hot again, and not just because of the beautiful hot sun. Tourists are flocking to the white sand beaches in the region following two years of nearly no tourism. Helping bring tourists back is over $150 million in promotions the oil company is spending.

New Orleans is about 150 miles north of where the oil well blew up in April of 2010 and over 4 million barrels of crude were sent gushing into the waters of the Gulf of Mexico.

Part of the close to $15 million first sent to the state of Louisiana in June of 2010 helped to fund emergency advertising to stop the misconceptions that New Orleans was inundated with oil. That money helped, as tax collections for hotels during the third quarter of that year spiked by over 33%.

BP has sent over $150 million to Louisiana, Alabama, Mississippi and Florida since then to help with tourism and will send another $30 million in aid during 2013. Close to $82 million was committed to marketing seafood and testing.

No one is sure how effective the money has been, but data from one market analyst showed that hotel occupancy rates within 10 miles of the coast were up 11% in the first quarter of 2012 compared to the same quarter during 2010.

However, room occupancy rates also increased nationwide by about that same amount. Along the coast of Texas, where there was not impact directly from the spill and no monies were provided by BP to market the region, occupancy rates were up over 15% in the same period.