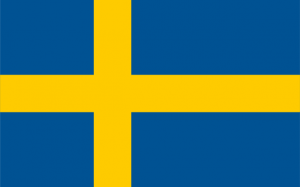 Citizens from Sweden can travel to 173 different countries across the globe without the need for applying for a single visa.

That puts the Nordic country tied at the top of the list for visa-free traveling. The country at the bottom of the list is Afghanistan were citizens of that nation can only travel to 28 other countries without a visa required.

Sweden was not alone at the top however, as its neighbor Finland and Britain citizens can travel to the same number of countries without needing to receive a visa.

The rankings were taken from an annual index from Henley & Partners that tracks the number of countries citizens can travel to from their home country without needing to have a visa.

Other Scandinavian countries such as Norway and Denmark were tied for second at 172 countries. Nine out of the top 10 on the list are members of the European Union, with the only exception the United States, which broke the dominance held by European nations and finished second jointly with Luxembourg, Germany and Denmark.

The visa-less index, which lists 219 countries across the globe, indicates the membership in the EU is an important factor for traveling without the need of a visa. Sweden became a member of the EU back in 1995.

Holders of passports from Afghanistan however will encounter more problems traveling outside their country as they were ranked at the very end of the list with only 28 countries allowing them to enter without a visa.

Iraq was just before Afghanistan with 31 countries allowing them to enter visa-free, while Somalia and Pakistan have 32 countries.

Russia was 41st out of the top 95 countries on the list. One expert in travel revealed that there are a number of loopholes when visiting the country. A great deal of Swedes travel there, on cruises that depart out of Stockholm without the need for a visa.

Gaining a Russian visa remains a complex issue, but if you are on a cruise to go to St. Petersburg, you are able to sidestep that red tape.

That same thing applies for a stopover of 72-hours just introduced by several gateways to China announced on tour operator in a British newspaper.