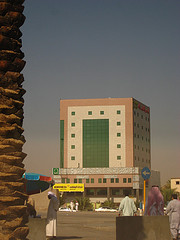 Princess Maha al-Sudairi tried to walk away from a Paris hotel without paying her bill. The Princess and her entourage were found trying to sneak out in the middle of the night and leave a bill totalling $7.4 million unpaid. Her entourage of over 60 people was seen by hotel employees who called police.

The hotel called the Saudi Arabian embassy about the incident. The princess is the former wife of the man who is second in line to the country’s throne and she had been at the hotel taking up an entire floor since December of 2011. The princess enjoys diplomatic immunity due to her relationship with the royal family in Saudi Arabia.

This means it is virtually impossible to make her pay for her bill and the hotel in Paris faces an uphill battle in recovering the money. The hotel’s director has tried to quash any rumors by saying there is absolutely no problem with any of the clients at the hotel and there are no bills that are unpaid.

This is not the first time the Princess has had problems with her cash flow. A couple of years ago while she was staying at another five-star establishment in Paris, she spent money as if she had an endless supply. She was always accompanied by someone from her entourage who had a paper that said her payment would follow, unfortunately that never happened.

She presumably owes 30 international brands stores such as Chaumet and Dior over $15 million dollars, but collecting is next to impossible.