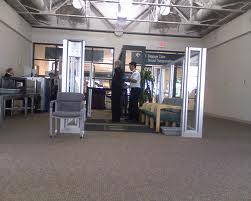 The former Transportation Security Administration administrator Kip Hawley said the agency’s approach to today’s airport security is broken. Hawley was the TSA head between 2005 and 2009. He was the face the public saw of an agency that millions of American travelers despised. Today, he says it is understandable to him why the agency is hated. He says the approach the agency uses toward airport security is not working. He said, the TSA needs to worry less about standardized procedures and prohibited items and focus more on mitigating risk and increased flexibility.

He has just released a new book that was co-written by Nathan Means. The book reveals the thinking that is behind the actions of the TSA, the problems the agency has caused and the possibility that in the future traveling with liquids, large jars and lacrosse sticks will once again be permitted.

He says that only grounding all the airplanes worldwide would make flying completely safe. Therefore, he says they should bring risk-management back into play and include the public. For example, is it worth it to not have pat downs and risk that an underwear bomber will fly on the plane you fly on? He said the line needs to be drawn at catastrophic loss. If you can blow up the aircraft, then whatever it is should not be allowed on the plane.

He said that bureaucracy also hurts the system. For instance, al-Qaeda had moved on to electronic detonators long before the U.S. allowed lighters back on board planes because in order to change that law, an act of Congress was needed. He also said it is hard to implement change if there are people making comments that blood will fill the aisles due to the changes.