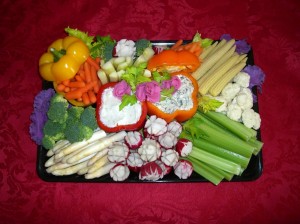 Men who had prostate had lesser of a risk of dying of the cancer as their consumption of vegetable fat increased. This came from data taken from a large cohort study.

Ingestion of vegetable fat also created an inverse association with mortality rates for all causes during an 8 ½ year follow up, said the study’s data.

Studies of a possible relationship between prostate cancer and dietary fat have produced results that have been mixed. Findings that are more consistent have come from studies comparing advanced prostate cancer and fat intake, which suggests more of a relevance to disease progression, noted the authors reviewing background information.

Little attention has been given to the relationship between the progression of prostate cancer and fat intake that is post-diagnostic.

To gain additional insight into any relationship between all-cause mortality and fatal prostate cancer and fat intake, researchers searched through a database containing more than 51,500 healthcare professionals who were male and between the ages of 40 and 75.

The studies had reviewed the fat intake of the healthcare professionals and determined that the risk of prostate cancer death was lower for men with the highest intake of vegetable fat after having been diagnosed with the cancer.